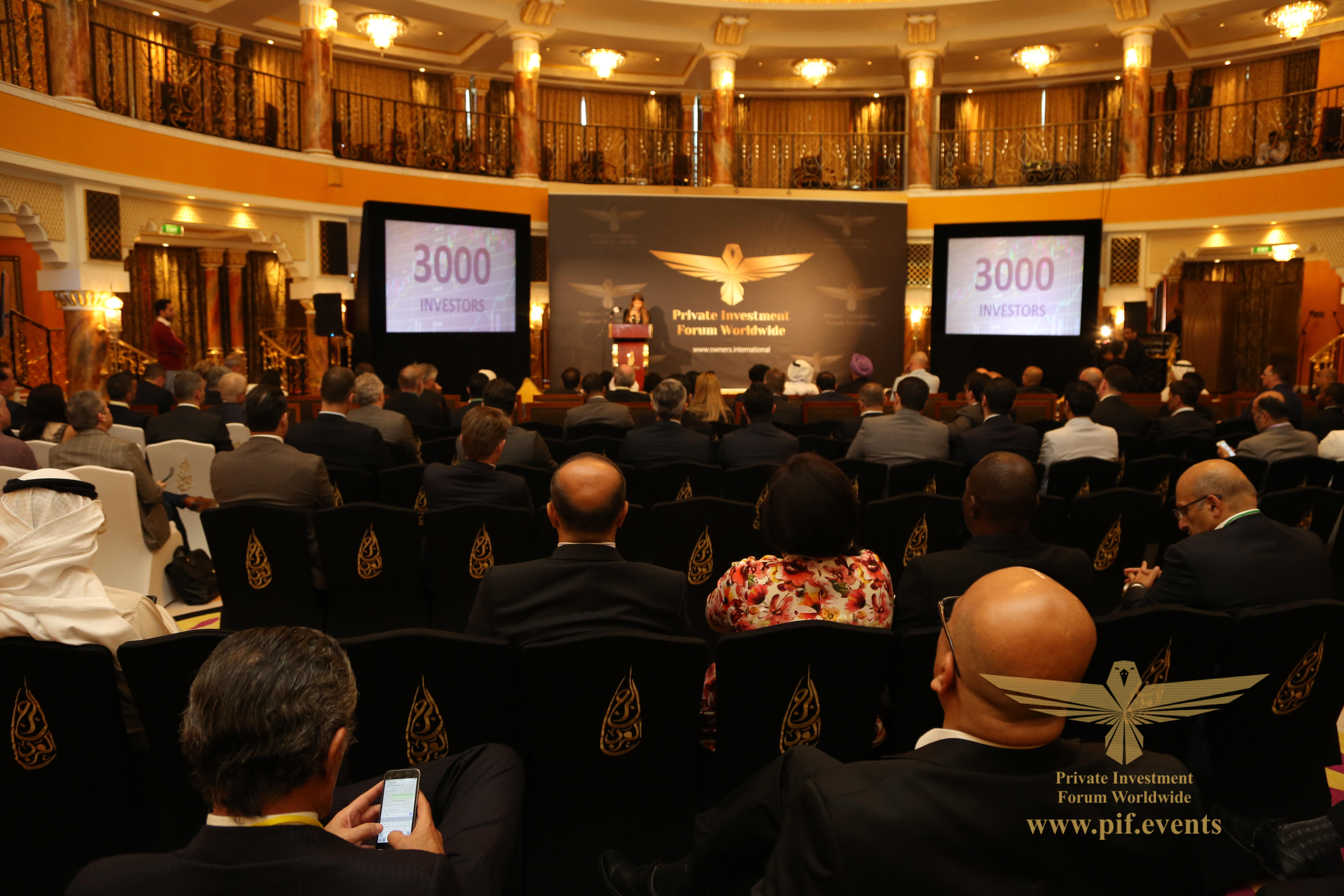 The Organizing Committee of the PIFW considered the recommendations of the Principal Backers, and has officially confirmed the following calendar of PIFW World Series 2018.

V PIFW – 18th of September in the Burj Al Arab, Dubai. The exclusive event is designed for the 50 leaders of investment companies and large investors from Europe, UK, the USA, and the GCC region. 15 Principal Backers and 35 decision makers, who participate in the Forums for the first time, would receive the Official Invitation.

On the pictures: 160 largest investors from 25 countries globally gathered at the Opening Ceremony of the III PIFW in the Burl Al Arab, Dubai (27th of February, 2018)